Since Holiday Mazes was published in early 2015, I have continued to develop tessellations for several coloring books, an activities book, and Exploring Tessellations: A Journey through Heesch Types And Beyond. Recently I realized that I had more than enough new tessellation designs for another maze book focused on tessellations.

The result is Mazes Escher Would Like. The name is descriptive because the most of the mazes use Escher-like tessellations, that is, shapes that both tessellate and resemble real world objects. It is also an obvious attempt to have a title that might turn up in search results on Amazon, which is the only place that will be selling the book.

The book contains 83 mazes moderately difficult mazes suitable for older children and adults. Something new for my maze books is a table showing the Heesch types and isohedral classifications of each pattern used. 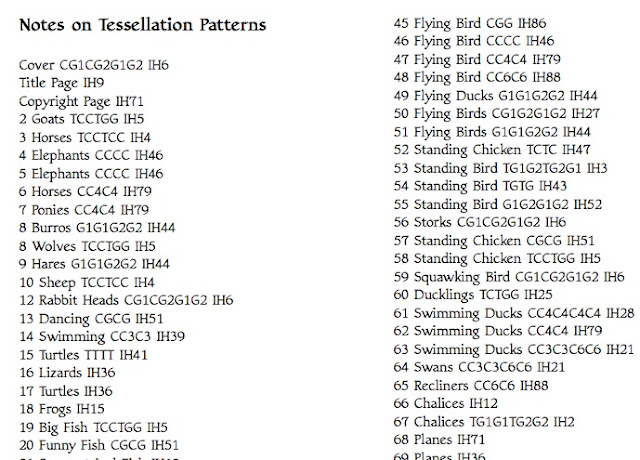 The book has a lot of bird patterns (32 of the 83) because for some reason birds pop out when I am looking for tessellations.

One of the odder bird designs in the book is the one below, shown in the sample maze that I use to keep track of the many maze typefaces I have. It makes an interesting maze. 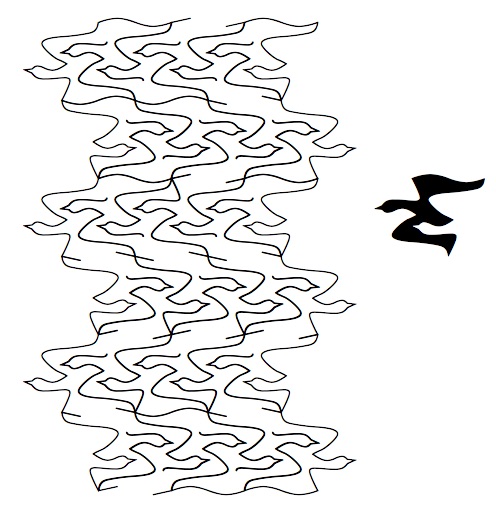 It presented a challenge because my maze generation program only allows triangle-based mazes to have two orientations but this pattern has four. The solution was to print it using two typefaces. My maze generating programs were written in the over twenty years ago in a defunct computer language for an obsolete operating system that no longer runs on modern hardware. Sometimes it takes some effort and creativity to get the output I want.

In late 2015 I was playing with a group of tilings that I dubbed the "Fab Fours" and which found a home in the Delightful Designs: A Coloring Book of Magical Patterns. I tried to use a few shapes that I had found then to make mazes. An example is a three-edged shape that makes for a visually attractive maze. 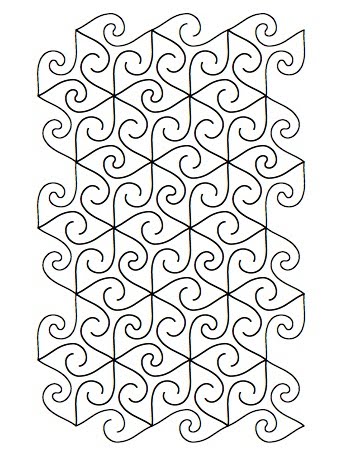 It is not an Escher-like tessellation, but Escher also dabbled in various geometric shapes. (There are four mazes at the end that are not framed with tessellations. Three of them have over/under paths and I wanted to include a few just in case this is the last maze book I ever design.)
Posted by Dessert Survivor at 7:32 PM No comments: Links to this post