While working on Holiday Mazes, I discovered that the wonderful old program TesselMania had been rewritten by its author with a new publisher and a new name, TesselManiac. I bought a copy and used it in designing a few of the mazes in Holiday Mazes.

As I played with it, I also stumbled on some designs that would work well in The Big Book of Little Princess Mazes. I decided that the time to do another update had arrived. Below are illustrations showing what some of the new mazes look like.

The maze using tessellating hands in the previous version used a pattern also used in The Big Book of Little Pirate Mazes. Now it does not. 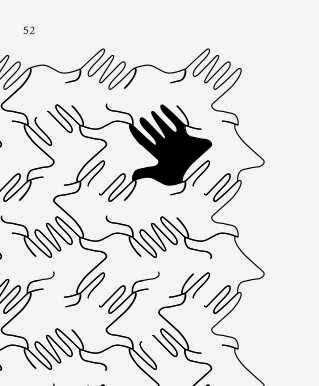 I seem to have no problems finding tessellation patterns that resemble birds. The chicken tessellation below is one that seems better than most. 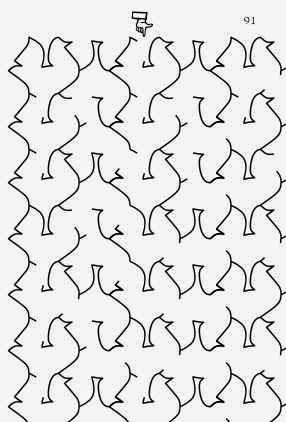 It took me a while to figure out how to use the insect tessellation pattern below for a maze. 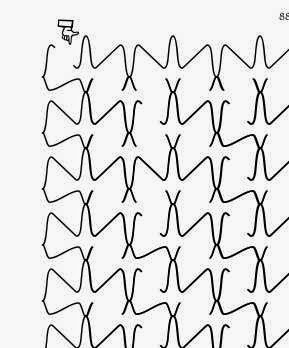 This is my version of a turtle tessellation that other people have also discovered. (There are certain designs that many people stumble on as they play with the program.) 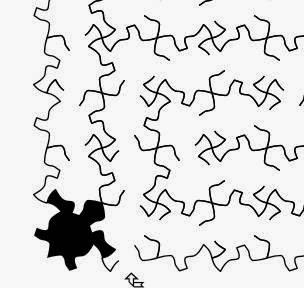 One of the stories in the book is about a mermaid. I thought this design looked enough like a mermaid to use it. I hope the kids who use the books will also see mermaids in the maze. 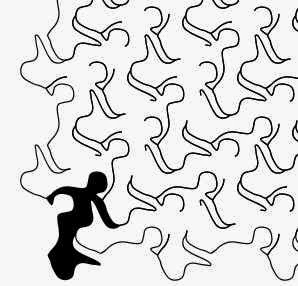 Not all the new mazes use tessellations. I developed this star pattern while working on Holiday Mazes but did not use it there. 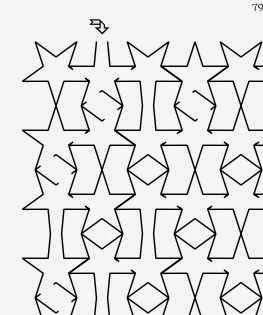 Originally the Little Princess Maze book had almost no maze patterns that had not appeared in my previous maze books. After four minor revisions, it now has quite a few mazes based on unique patterns.
Posted by Dessert Survivor at 6:36 AM No comments:

In early February I suddenly decided it was time to work on another maze book. Perhaps being cooped up inside by the cold and snow was the source of that sudden urge. I considered several possible organizing themes and concluded that a holiday theme would work best.

Holiday Mazes: A Light-Hearted Romp through the Calendar is designed for an audience of older children and adults. It has about the same level of difficulty as Cornucopia of Mazes: Stars, Tilings, and Patterns and has the same format. About half of the 84 mazes are based on tessellation patterns and about half of the maze patterns have not appeared in any of my previous books. Almost of the maze patterns that have appeared in an earlier book were in books designed for children, a very different audience than that which should find this book appealing.

Below are some samples of new maze patterns used in this book.

I did not want to reuse any of the star patterns that I used in Cornucopia, but there were a couple of places where a star pattern fit the day. I found new ways to do mazes with stars. 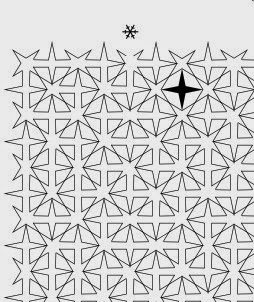 Do you have a guess of which holiday or special day a light-bulbs maze would fit? 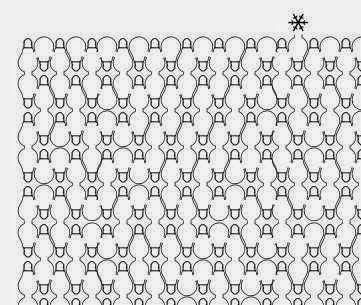 What day would a maze of shoes fit? You might be surprised where it is used. 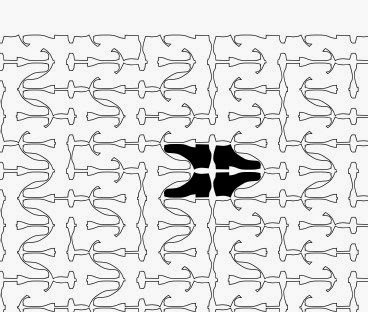 If shoes fit a day, so should a maze of socks. 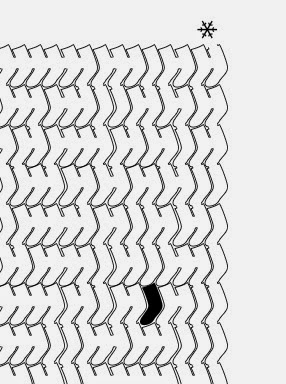 I used a number of patterns derived from M. C. Escher that I had not previously used. This is one of his most famous. 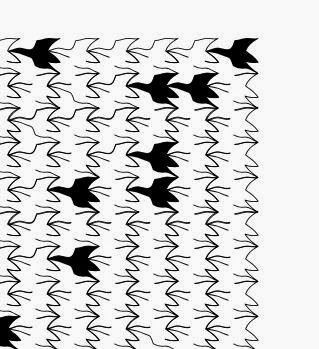 For more information about the book and links for ordering, go to ingrimayne.com/mazes/holiday.htm.
Posted by Dessert Survivor at 10:49 AM No comments: