From easiest to hardest

In the past year I have produced nine maze books and I think the ninth will be the last. Some of them were designed to appeal to children and others were designed with adults in mind. Below is a listing of the books sorted by difficulty:

The two books published by Dover (Fascinating Mazes and Maze Madness) are much shorter than any of these and are about at the level of Amusing Alphabet Mazes.

For more information, see the author's Amazon page or his the maze page on ingrimayne.com.
Posted by Dessert Survivor at 2:29 PM No comments:

Over the past year I have invested a lot of time and effort creating tessellation patterns to be used for creating mazes. Five maze books are completely based on these patterns and four others used them in varying degrees. Because there are people who like tessellations but have no interest in mazes, an attempt to re-purpose the results of this effort seemed to me to be a reasonable use of time.

One attempt to reuse the patterns resulted in two coloring books, The Tessellating Alphabet Coloring Book 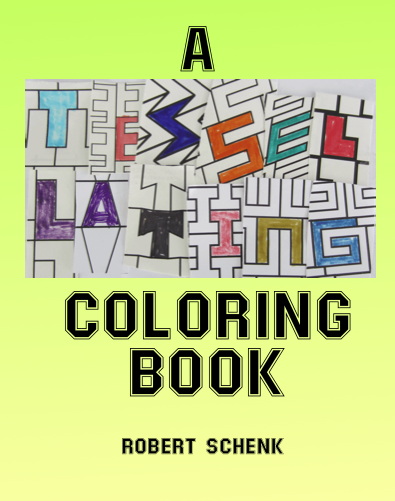 So far there is no evidence that this was a worthwhile endeavor.

A second way of utilizing these tessellation patterns is to make typefaces from them. The Tescellations fonts are discussed here. A second set of two fonts, the TessieDingies package, has recently been released on myfonts.com. One font is devoted to patterns that are abstract. 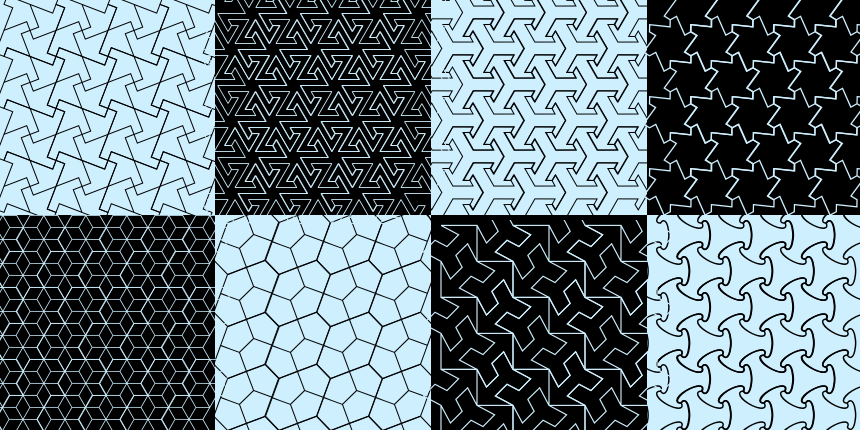 The other contains patterns that are composed of tessellations forms that resemble birds, animals, vehicles, tools, and other objects from the real world. 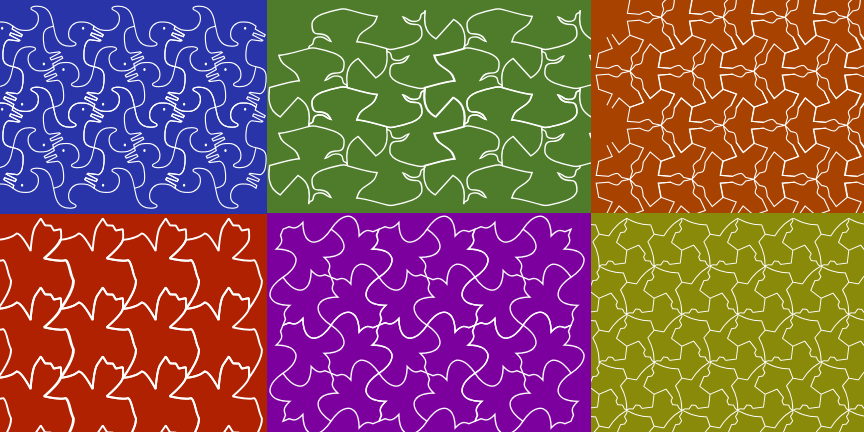 The typefaces make creating tessellation patterns very easy. Each pattern is on one key, so one simply makes several lines of the same character, formats in one of the TessieDingies fonts, and makes sure that the line spacing (the leading) is equal to the font size. When you do, you can get patterns like those above.

Posted by Dessert Survivor at 3:02 PM No comments: