, a sequel to Tantalizing Tessellating Mazes

, is now available on amazon.com. 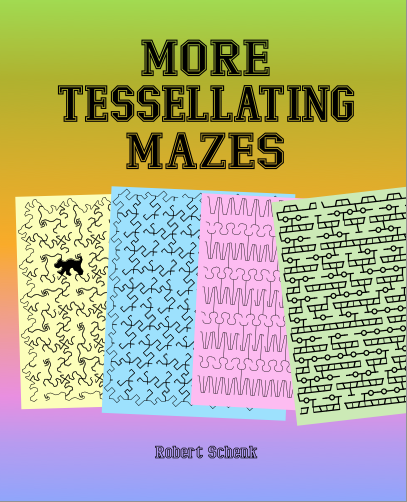 It has the same format as Tantalizing Tessellating Mazes, with a selection of 70 mazes all built using tessellations, with solutions at the end. The tessellations include a variety of shapes that resemble real-world objects such as geese,

and many more living things. There are also mazes built on patterns of inanimate objects such as planes

I could not resist the temptation to include a few mazes built on tessellations that that are non-representational but are visually intriguing.

The mazes in both More Tessellating Mazes

are fairly easy and intended for pre-teenage children. (The samples shown above are not mazes from the book--they merely illustrate a few of the tessellations patterns used in the book.)
Posted by Dessert Survivor at 2:29 PM No comments: