As mentioned in discussing the upgrade to Casey Loves Trains, print-on-demand publishing makes it easy to correct errors and alter an already-published book.

The replacement pattern was closely related to the flying-geese pattern. A few changes to the goose shape resulted in a flying-duck shape that made a pattern that I liked a lot. It is now side by side with the better of the flying geese mazes. (If you use the "Look Inside" feature on amazon.com, you can see the new duck maze on page 7.)

I submitted the changes in the morning and they were approved in the evening, so the book was out-of-print for less than a full day.

If you would like 70 fairly easy mazes that feature a wide variety of tessellation patterns, More Tessellating Mazes may be right for you.
Posted by Dessert Survivor at 4:09 PM No comments:

Really? This is a maze?

Below are three small examples of the types of mazes in a new maze book: 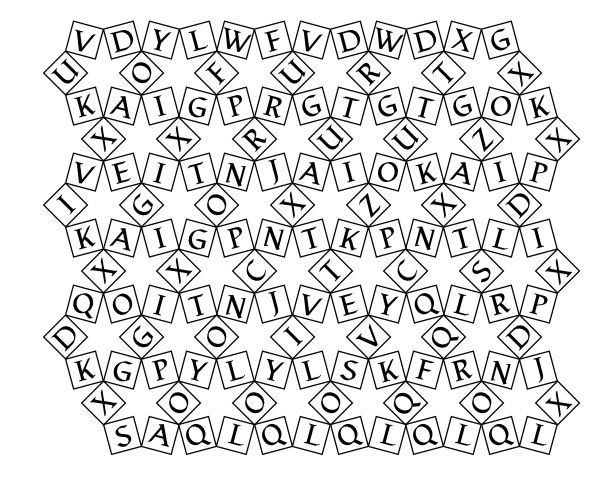 At the end of 2012 I thought I was finished with mazes and began to work on a free, promotional e-book of mazes. As I contemplated what to include, I realized that it would be fun to pick up a thread I had started long ago but had abandoned to pursues threads of patterns, tessellations, and letter forms. This previously abandoned thread of coded mazes resulted in a book that is completely unlike any of my previous eleven maze books. 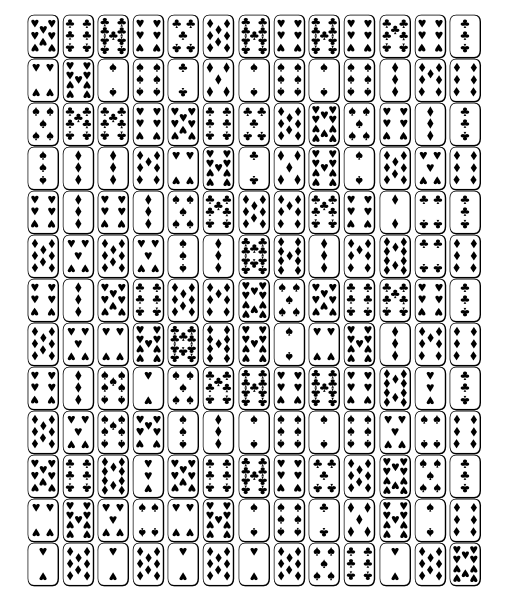 As I was working on the book, I gradually realized that it was less a maze book than a book of miscellaneous puzzle. The mazes themselves are not the challenge. Finding the maze is the challenge. To do that, one must have a key, a explanation of how to decode the maze. 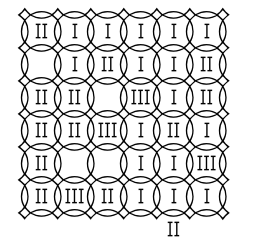 The title of the book? Hidden-Path Mazes: Decode to Solve.

Hidden-Path Mazes has mazes based on these three patterns plus another 80 patterns or puzzles. Decoding the mazes requires a lot of matching and sometimes some computation. It will provide many hours of fun (or frustration). Although some of the puzzles can be worked by small children, most are more appropriate for patient older children and adults. Because of the nature of the mazes, the solution section at the end shows the complete paths in a simplified form, not just the correct paths. However, the task in this book is to find the path, and once that is done, solving the maze is not hard.

Fro more information, read the introduction of the book here.

Hidden-Path Mazes is available from CreateSpace and Amazon

.
Posted by Dessert Survivor at 7:51 AM No comments:

One of the advantages of publish on demand is that revising an already-published work is very easy because there is no inventory of printed books to worry about. The process will make the book unavailable for a few days, but otherwise is costless.

A while back I noticed a small error on the cover of Casey Loves Trains (And Likes Mazes). I missed it when examining the proofs, but once I noticed it, it was obvious and annoying. I also had developed a few new maze fonts in the months after Casey Loves Trains was finished that would have worked well in the book. A small update seemed to be in order. 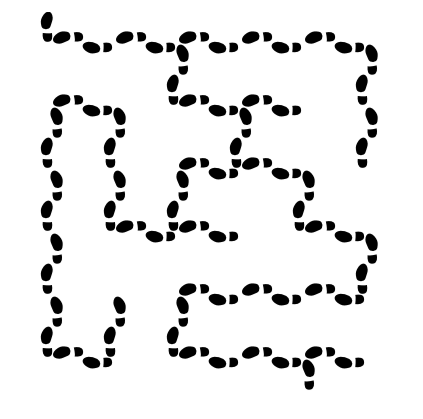 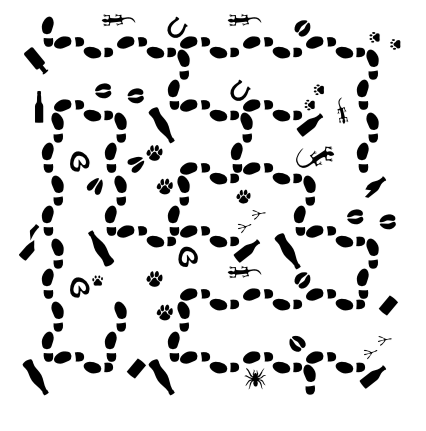 Which one would be more fun for a small child? (These are not the actual mazes in the book, just an illustration of the design of the maze.)

The new, improved Casey Loves Trains (And Likes Mazes) is available from CreateSpace and Amazon

.
Posted by Dessert Survivor at 6:51 AM No comments: