A previous post on vertex-to-vertex tiling with chevrons and tiles based on the chevron template looked at patterns in which the tiles met at five vertices. It is easy to arrange chevrons so that four vertices meet with no common edges and this pattern can be adapted to the chevron templates fitted with identical centro-symmetric sides. 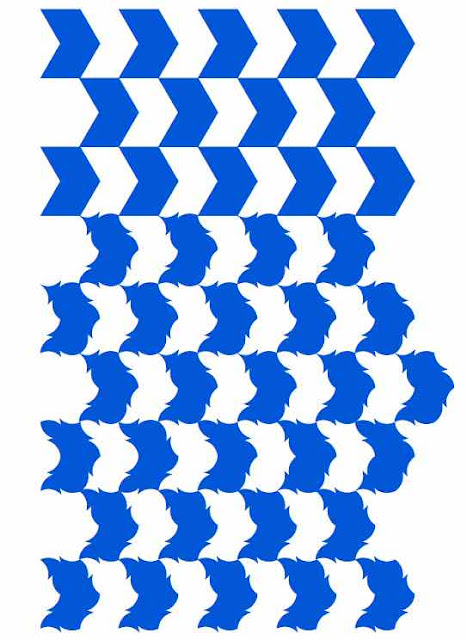 The chevron pattern at the top fits  Heesch types: TTTT and TGTG.

I think a more interesting pattern with four common vertices is one that uses a G1G1G2G2 arrangement. Of the 64 possible tiles with the identical centro-symmetric sides, only eight shapes will form patterns that are true tessellations. Two are shown below. 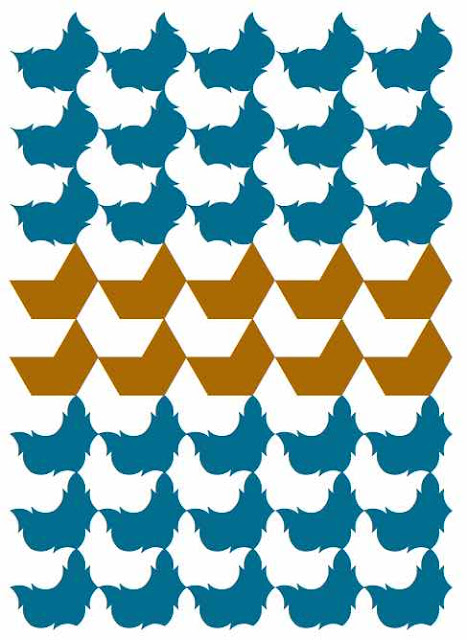 In the figure below all eight are shown. Six tiles of each of the eight surround two voids of the same shape. Can you identify them? 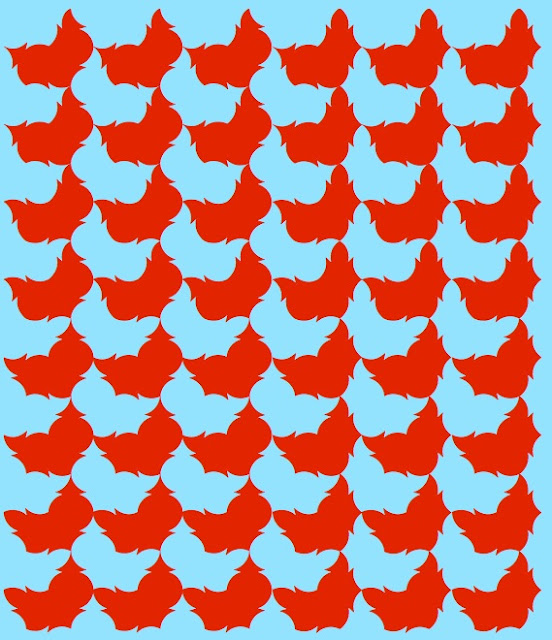 There are only eight because three of the sides of the chevron are determined by the other three. (The chevron template has six sides but only four edges in this configuration. An edge is the border with a neighbor and a side is a straight line in the template.) One G1 edge determines the other and one G2 edge determines the other. Each of the three sides that can be independently set can have two states, and 2x2x2=8.

Fitting together other shapes results in voids that are different than the surrounding tiles. 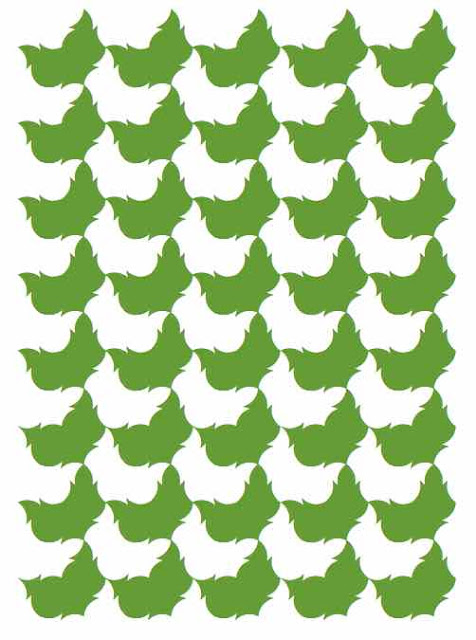 I have not found a use for any of these chevron tilings, though as mentioned in the previous post I could include a few examples in Delightful Designs: A Coloring Book of Magical Patterns if I ever revise it.
Posted by Dessert Survivor at 10:30 AM No comments: Links to this post